A lot of marketing has been done in the past few years to present dental implants as a better choice than a tooth that can be retained with endodontic therapy.

This has resulted in many un-necessary extractions, increase in implant failures, associated lawsuits and complaints to the states board.

Recently the academic community in the fields of periodontics and prosthodontics have come out with some evidence-based recommendations regarding natural teeth vs. dental implants.
For those of you who may be interested, here are some quotes from these articles:


Periodontology 2000
Lundgren D, Rylander H, Laurell L
Vol 47, 2008: 27-50
“It is well documented that properly treated natural teeth with healthy but markedly reduced periodontal support, are capable of carrying extensive fixed prosthesis for a very long time, with survival rates of about 90%,provided the periodontal disease is eradicated and prevented from re-occuring.”
“Based on assumptions that implants perform better than periodontally compromised teeth, teeth that could be saved and used as support, are extracted and replaced with implants, sometimes on doubtful indications.”
Peri-impantitis (loss of at least 2 mm of marginal bone) at one or more implants have been found to occur in 16-28% of implant patients after 5-10 years and with higher prevalence among patients with multiple implants.
“The natural tooth should not be considered an obstacle but a possibility, whether or not the treatment is to include implant placement.”
------------------------------------------------------------------------------


Journal of Oral Rehabilitation;
2008,35 (suppl.1) 2-8
Consensus statements and recommendations of the European Conference on Evidence-based Reconstructive Dentistry: Implants and/or teeth

Journal of Prosthodontics ; 2008, Volume 17: 345-347
Editorial : Inconvenient truths by George Zarb,DDS ( Dr Zarb is one of the pioneers of the field of implantology)

“The integrity of purpose and scientific rigor that characterized the original osseo-integration clinical research has been largely discarded as passe’.”

“We risk overlooking safety, simplicity and prudence in our clinical judgment.”

Your Endodontist as a member of your Restorative Team 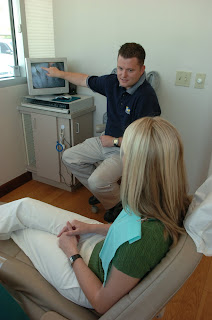 Your endodontist can be a valuable member of your restorative team. You can rely on your endodontist to support and reinforce your appropriate treatment plan.

As an endodontist, I want to see two things happen for my patients:
1. Endodontic therapy be successful
2. Patients value and retain their natural teeth

1. Endodontic therapy be successful:
Everyone knows that successful endodontic therapy requires proper coronal restoration. Without adequate restoration, even the best endodontic therapy will fail. As endodontists, we are invested in the successful treatment of the tooth, therefore, we will always encourage the patients to have their endodontically treated teeth properly restored. That means uncrowned posterior teeth and teeth with large restorations getting coronal coverage to protect them from cracks and fractures and current crowns/bridges with leaking margins/decay replaced to prevent coronal leakage. When a patient leaves my office, I make sure to let them know that they need to protect the root canal against bacterial leakage and occlusal forces. If our patients have been educated correctly, they will return to your office and ask for their new crown or bridge. 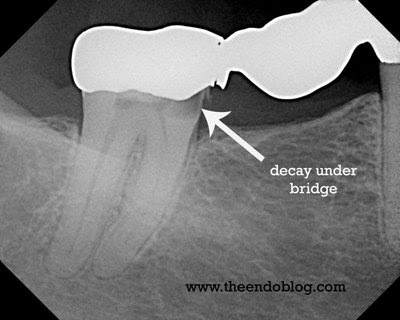 This patient came into my office today hoping for a root canal and a filling to preserve this bridge. I encouraged the patient to place a new bridge to prevent coronal leakage following endodontic treatment.

2. Patients value and retain their natural teeth:
I frequently see uncrowned posterior teeth with large restorations, craze lines & cracks. These teeth, especially in patients who are bruxers or have severe patterns of occlusal wear, are at risk of splitting the tooth. I encourage them to talk to their dentist about crowns to protect those teeth before they are damaged and become non-restorable. I hate to tell patients that they need an extraction because the tooth has split in half. 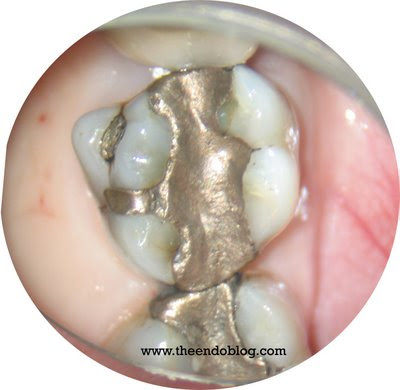