Devoted readers and astute clinicians know of the importance of the isthmus.  I found this definition for isthmus online on dictionary.com:  a connecting, usually narrow, part, organ, or passage, especially when joining structures or cavities larger than itself.   In the case of canal anatomy, we're referring to a narrow band of tissue connecting two canals.  These isthmus areas can occur in any tooth with multiple canals, and can be seen all the way back in the images published by Hess in 1925. 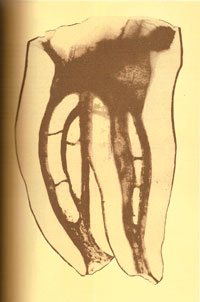 Recently, researchers are using micro-ct imaging to have a more accurate map of the anatomy.  The next image is from http://rootcanalanatomy.blogspot.com/, a great resource for understanding canal anatomy.  We can see the red color representing the preparation of the canals by rotary files, and the green area of unprepared canal space in the isthmus areas.  It is evident from this image that our rotary instrumentation alone does not address but a small percentage of the canal anatomy. 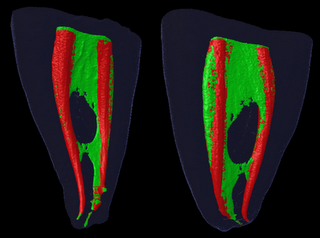 Between the two mesial canals of a mandibular molar is a very common area to find isthmus tissue.  Traditionally ignored by clinicians without a microscope, the isthmus has become a recent target for canal disinfection.  I typically reserve cleaning the isthmus as a final step in my cleaning and shaping process.  Once both canals have been cleaned, I can zoom in with the microscope and examine the area between them.  The coronal third of a canal isthmus can be troughed with a small abrasive ultrasonic tip like these from Tulsa/Dentsply:

The middle and apical third are trickier to access.  Often we are relying on our irrigation techniques to flush debris from the isthmus in the bottom third of the root.  There are many supplemental disinfecting protocols on the market.  Techniques range from the simplest plunging with a gutta percha cone (manual dynamic agitation) to using a complex vacuum system (apical negative pressure).  I highly recommend readers familiarize themselves with Gu's excellent review of irrigant agitation techniques found online here: http://www.endoexperience.com/userfiles/file/review_of_irrigation_agitation.PDF.  In a research project at MCG, we found apical negative pressure (using the Endovac) to be slightly more effective than manual dynamic agitation at removing isthmus debris (Susin 2010).  More importantly, we found neither technique could consistently produce clean isthmus histology slides like this one reproduced from this article by Gutarts, Nusstein, Reader, and Beck (reprinted here: http://www.endoexperience.com/userfiles/file/unnamed/Ultrasonic%20irrigation%20%20Gutarts%20et%20al%20JOE%202005.pdf): 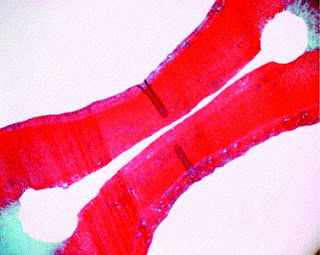 Clinically, I have experience using many of the techniques described in Gu's article, and, after using passive ultrasonic agitation for years, I have recently switched to the Endoactivator's sonic agitation.  I am not convinced whether one technique is strictly superior to another, but I highly recommend you use some form of advanced irrigation in your practice, especially in necrotic cases.

These retreatment images by Dr. Stephen Parente show debris and necrotic tissue within the coronal third of the canal isthmus of a mandibular first molar.  The original root canal treatment was performed outside of our practice several years ago by a different dentist.  An ultrasonic tip described above was used to clean the area.


With the previously described limitations to our cleaning of the canal isthmus, we may conclude that we are occasionally "entombing" some bacteria or necrotic tissue within the isthmus area with our obturation materials.  In those cases where bacteria persist through all our advanced cleaning and find a portal of exit, we must rely on a different approach to resolve apical inflammation and infection.

These next images, captured from a recent mandibular molar apicoectomy of mine, demonstrate an unclean isthmus from the apical view.  The original root canal treatment was performed outside of our practice several years ago by a different dentist. 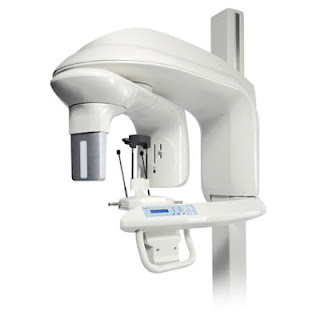 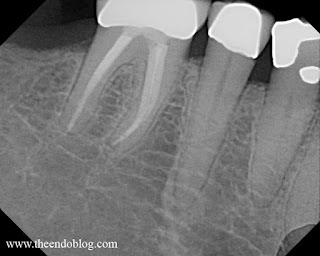 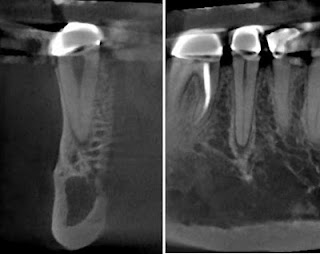 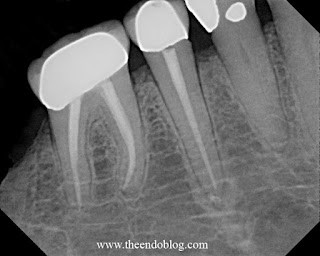 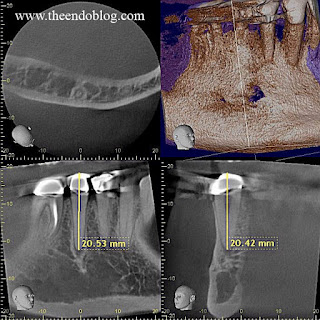