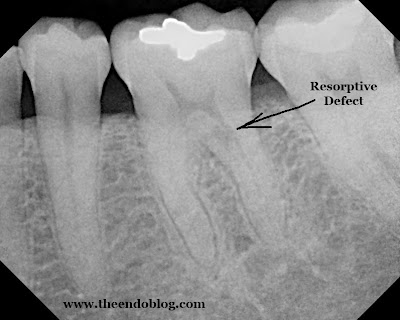 In 2006, #19 was diagnosed as necrotic pulp w/ acute apical periodontitis. An irregular radiolucency was noted on the mesial aspect of distal root. This was diagnosed a resorptive defect. While some may have elected to remove the tooth and place an implant or bridge, this patient wanted to preserve her tooth, so a root canal and root repair was performed. 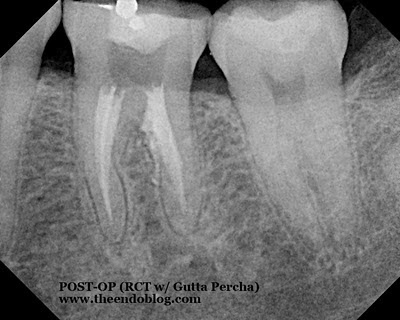 During our RCT procedure, the resorptive defect was cleaned out without perforation of the root. The appearance of the post-op radiograph appears to show some kind of communication. 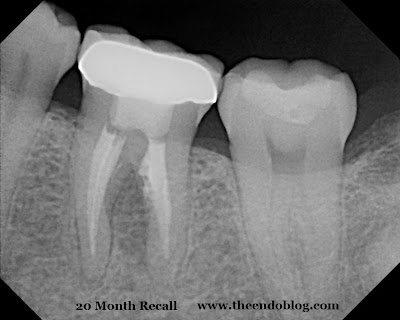 At 20 months, the patient returned for recall and a large furcal lesion was present. Once again, more may have elected to extract the tooth and replace it with an implant or bridge. We discussed options/prognosis and decided to retreat and try to repair the resorptive area with MTA. 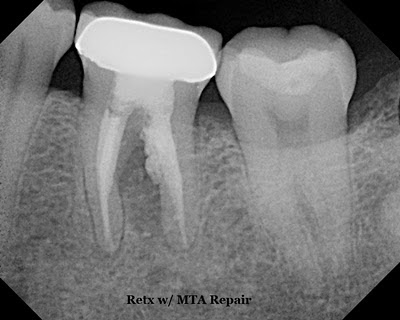 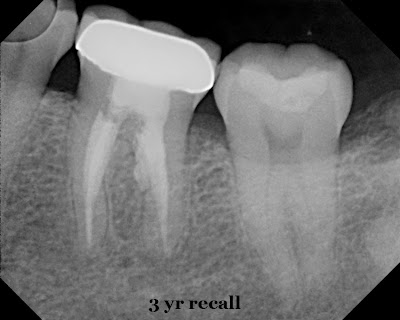 A very valuable and excellent step by step demonstration. I admire your effort and expertise. Nice photos too.

Hmmmm.....The blog was really great and you have clearly described about the procedure along with the x-rays. It is really nice to see people getting their beautiful smile back. Nowadays the dental technology has improved so much that there is solutions for any kind of dental problems.